Lyon, foodie heaven. That is all.

Apologies for the extended period of absence folks. Work still sucks so it’s been taking up a bit of my time. It’s foggy as hell outside today so who fancies a bit of escapism? Come away with me….

About 4 hours drive, east of Limoges lies the gastronomic capital of France, the beautiful city of Lyon. It’s France’s third largest city after Paris and Marseille, and its architecture and history has earned UNESCO world heritage status.

Whether you choose Lyonnaise specialities such as the Salade Lyonnaise ( think bacon lardons and croutons topped with a poached egg -yes!) eaten at another establishment totally peculiar to Lyon, the bouchon, or something exquisite from a modern chocolatarie you will not be disappointed. Bouchons are traditional eateries serving completely regional delights and they fill the cobbled streets of the old town, in particular the historic Rue de boeuf.

We have Anthony Bourdain to thank for our trip here in the first place, after seeing Les Halles de Lyon featured on an episode of No Reservations. If you’re not familiar with his work, please check him out, part food, part travelogue, part terrifying, his programmes are so entertaining and they make you want to grab your passport and head off to hell knows where to eat heaven knows what!

So, we actively sought out Les Halles de Paul Bocuse, which is in a remarkably unremarkable white modern building in the centre of the city. This is the market to end all markets. It’s like the Harrods food hall of markets.

Paul Bocuse is pretty much France’s most celebrated chef. The Bocuse d’Or is the most prestigious award for international chefs to win. He has various mid range restaurants in the city, but the jewel is the 3 Michelin starred L’auberge de Pont de Collognes a few miles outside Lyon. There is literally no level I would not stoop to eat here one day. Go check out the website, go on!!

Anyhow, you’d expect the food market that bares his name to be pretty special right? That it is. We lost hours in here and it’s a photographers delight! What I hadn’t understood is that there are many little restaurants above fishmongers and butchers and cheese shops, serving everything from huge crushed ice platters of seafood to a truffle tasting and wine peaking for €89 if that is what you desire. Not your normal market!! We went for steak tartare, frites and a bottle of icy cold crisp house white above a butchers called Les Garçons Bouchers and it was outstanding!

In the evening the choice of eaterie is unsurpassed. We were lured in to La Nef des Fous with it’s leopard print golden thrones, Dantes inferno style wall murals and a decor topped off with goats heads and gramophones but overall it was bat-shit insane chic. Loved it! We had pea soup with crispy fried onions, cassoulet and local sausage and it was epic.

I have too much to tell you about Lyon so I think we may need a part 2 to this…. meawhile feast your eyes! 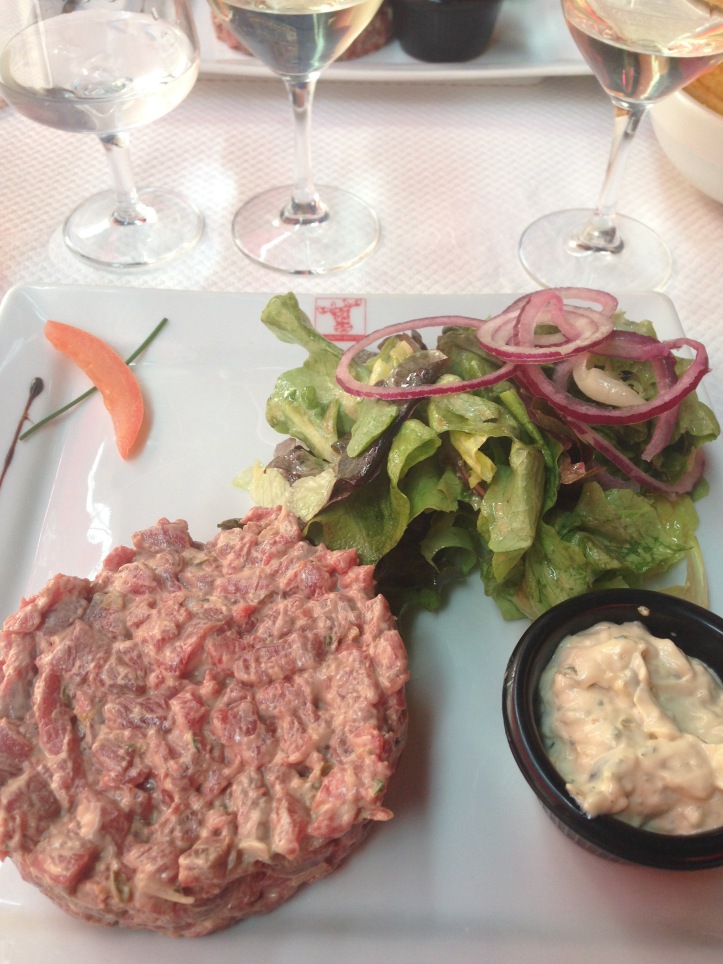 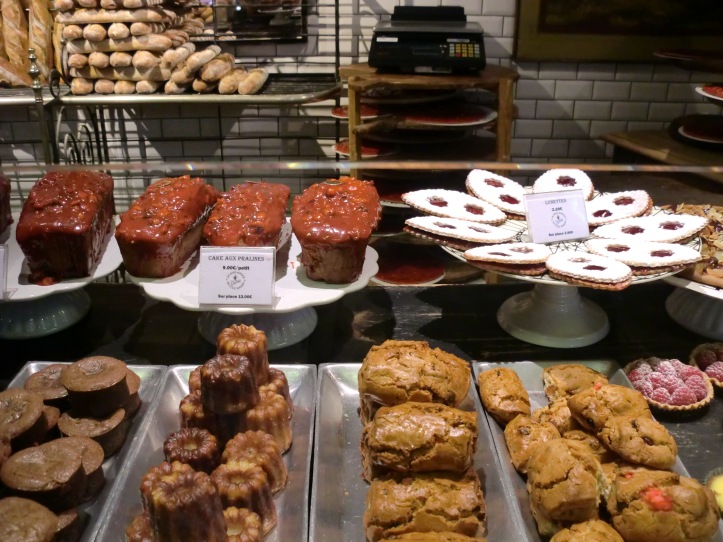 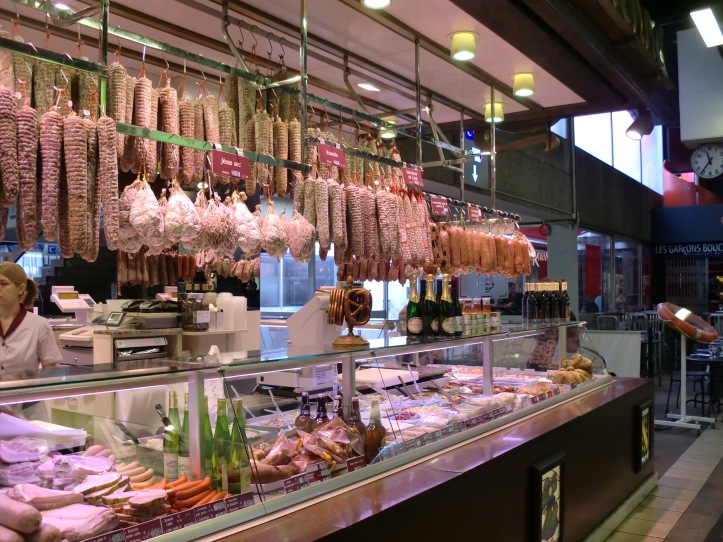 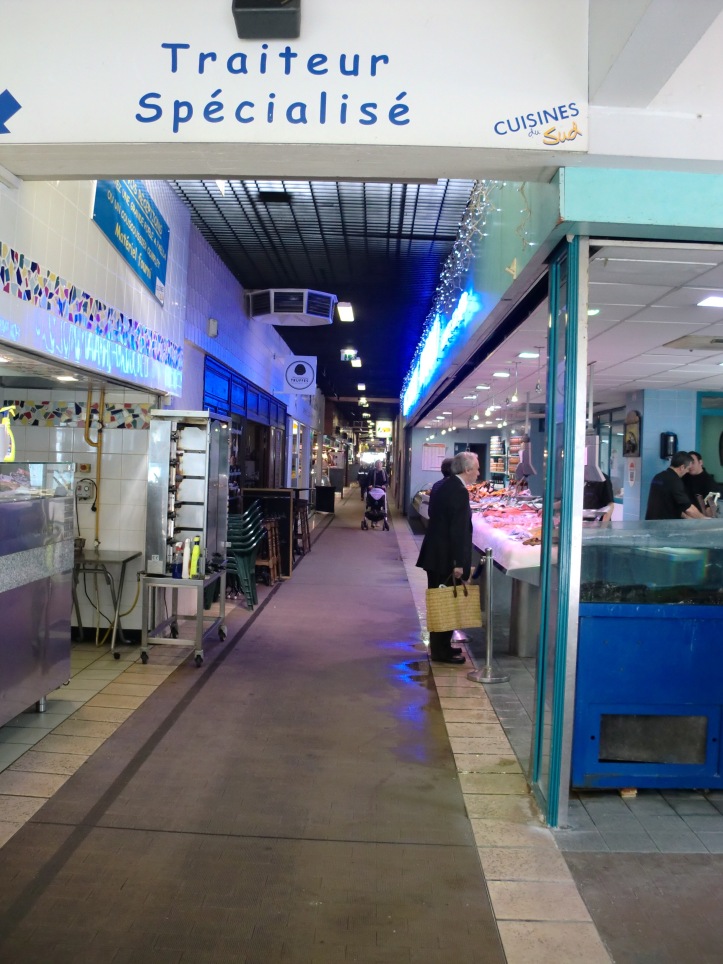 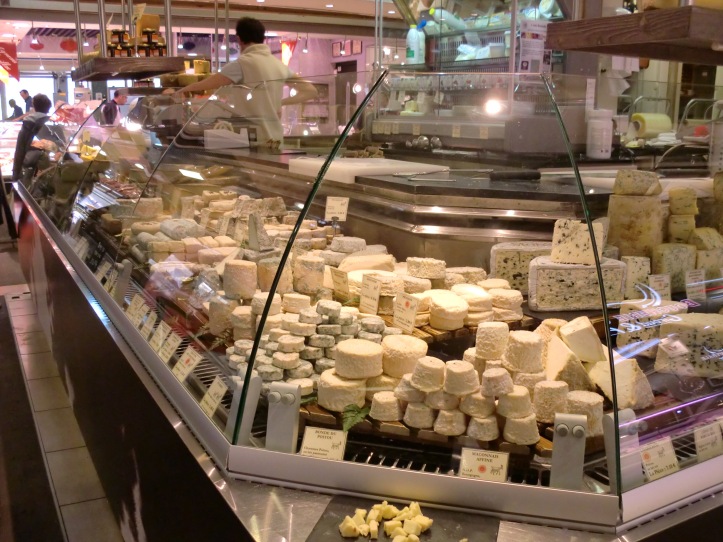 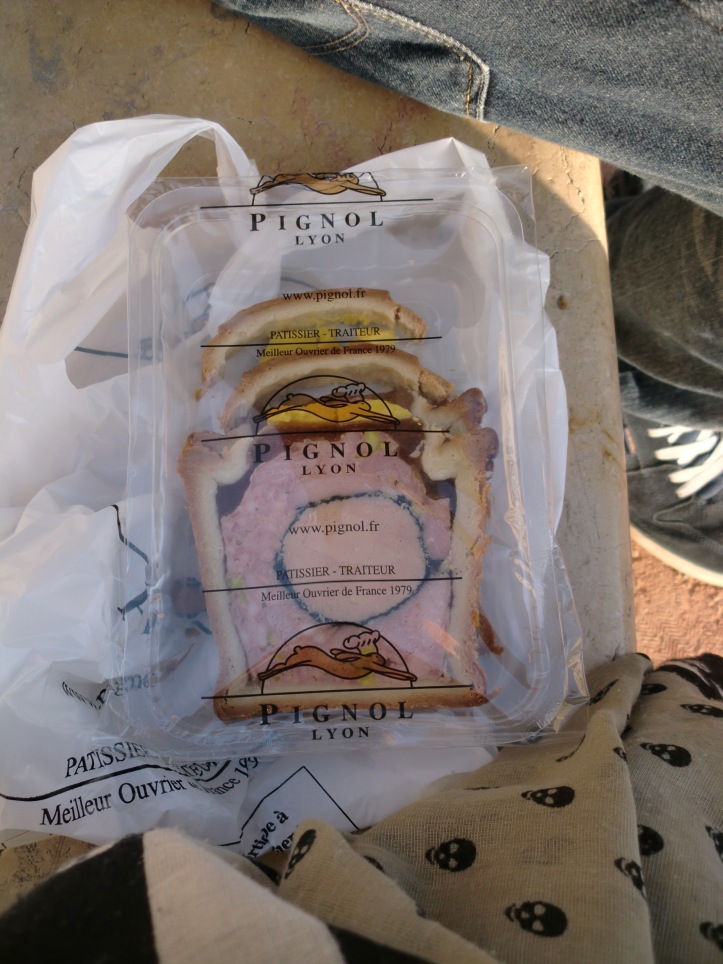 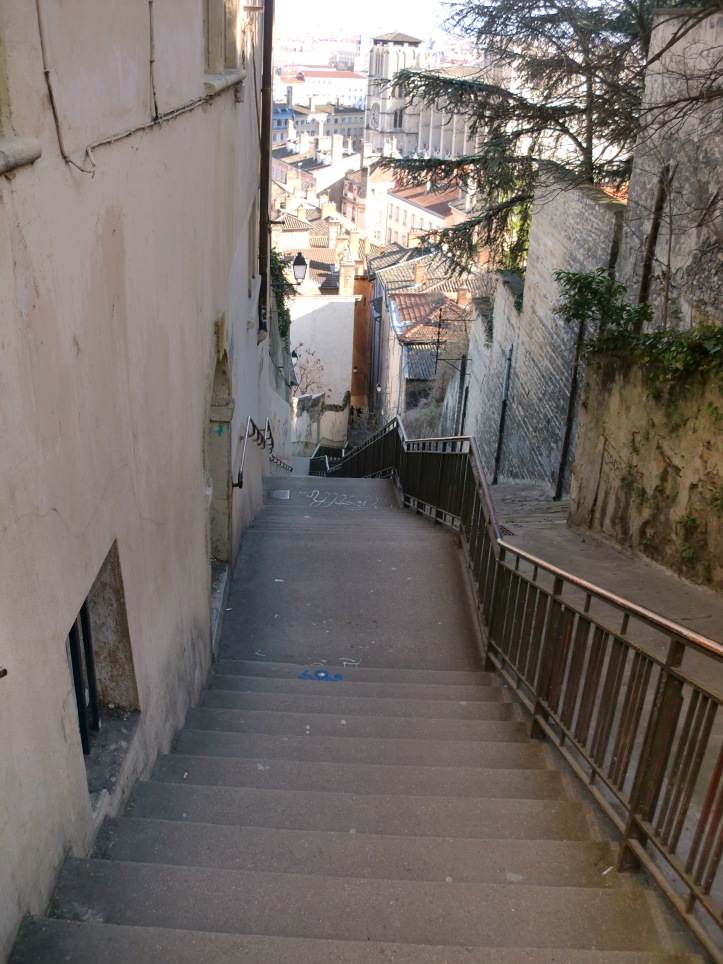