Then darling, just for one day, we can fight and we can win.

Awoke to the horrific news of the attack in Manchester this morning and have spent the morning with a very heavy heart. What must drive a person, or persons to target innocent lives, but in particular the lives of children and young adults at a concert such as Ariana Grande’s.

As I was making a coffee this morning at work I watched an appeal for a missing youngster by their family, not seen since the attack and I just felt bereft. What is wrong with the world we live in, I can’t comprehend it.

The Paris attack on the Bataclan, particularly shook us because it would have been a gig that we would have totally gone to. The Eagles of Death Metal in Paris, would have been super cool, had we been there and had the opportunity. Hubs had been in Paris in the weeks previous to the attack and is there regularly since. Just horrific to comprehend. I saw footage of the street outside the Bataclan, with the shots still being fired within, and someone dragging what appeared to be the lifeless body of their loved one to try and get away. I can still see this in my mind when I close my eyes.

A few days after the Bataclan attack, we had gig tickets. For my absolute favourite musician and personal therapist the mighty Frank Turner. For the first time ever at a gig, I felt a little afraid. I remember looking around me and noting where the exits were, a thing I have never once done before, but done at every gig since. The atmosphere was subdued, to begin with. Frank had changed his lighting to mirror the colours of the Tricolor, and spoke of having lost a close friend in the attack, the young man that was manning the merchandise stand at the back of the Bataclan.

Then things changed. We were unbearably sad, but we became defiant, we became angry, we became outraged. We sang and meant every word and it became the most extraordinary gig I’ve ever attended.

Who are these people to make us scared to do the things we enjoy in this life. Who are these people to influence our decisions on where we spend our time. Are we to leave public places deserted, never attend a rugby game or a concert or a play. Never go on a plane, or a train, or start to view other innocent people as the enemy because they don’t share our religion or the way we dress?

No we are not. Because then they win. Without our fear they are nothing. We must not be afraid and we must not blame the blameless by association.

We are the many and they are the few. They will not succeed.

This song sticks out in my mind from that night.

“So come on, old friends to the streets, lets be 1905 but not 1917. Let’s be heroes, let’s be martyrs, let’s be radical thinkers, who never have to test-drive the least of their dreams. Let’s divide up the world into the damned and the saved, and then ride into the valley like the old Light Brigade, and straighten our backs and we won’t be afraid, and they’ll celebrate our deaths with a national parade. So come on, let’s be young, let’s be crass enough to care, let’s refuse to live and learn, let’s make all our mistakes again. And then Darling, just for one day, we can fight, and we can win, and if only for a little while, we could insist on the impossible.

Leave the mourning to the morning, yeah, pain can be killed, with aspirin tablets and vitamin pills, but memories of hope and of glorious defeat, are a little bit harder to beat” 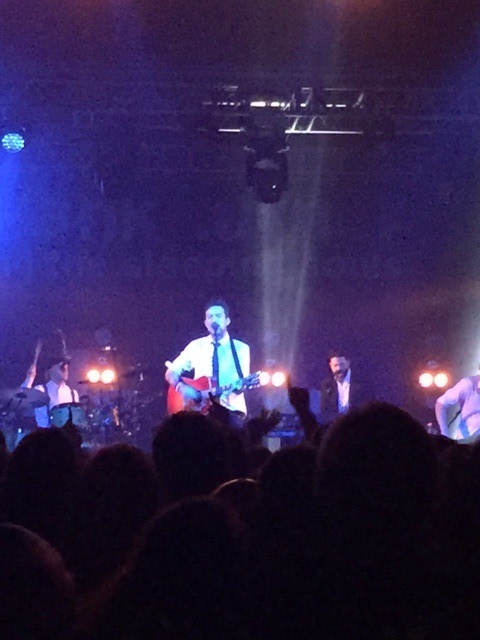